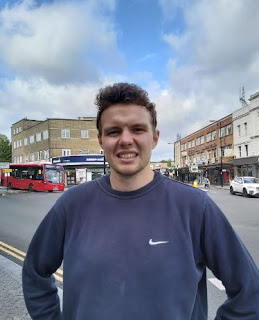 Conservative London Assembly candidate for Greenwich & Lewisham, Charlie Davis, has responded to Transport for London’s (TfL) consultation on the proposed extension of the Bakerloo line, urging them not to scrap the existing connection to London Bridge as part of the further extension.


TfL were consulting on plans to extend the Bakerloo line from Elephant and Castle to Lewisham via Old Kent Old, with the possibility of a second extension to Hayes and Beckenham junction – replacing the existing mainline rail service on the line. However, these plans would mean that commuters on the Hayes line would no longer be able to get a direct train to London Bridge.

Charlie responded to the consultation urging TfL to amend their proposals and for the Bakerloo line to operate in addition to the mainline train service. Charlie also raised this point at TfL’s exhibition in Catford earlier in December 2019.

The concern focuses on the fact that Lewisham Station is already at capacity during rush hour, and removing the current Southeastern route from the Hayes line would result in more commuters needing to change at Lewisham to access London Bridge services. An alternative would be commuters changing at Embankment to access the Circle or District line into the city.

Charlie said “I am completely supportive of proposals to extend the Bakerloo line to Lewisham, However, I do have a number of concerns surrounding the second phase of the project. The best outcome for long suffering South East London commuters, would be for TfL to extend the Bakerloo line beyond Lewisham but on either a new track or dual track to enable commuters to maintain the London Bridge connection. I have raised these concerns with TfL and look forward to seeing their response”.

Find us on social media

Tell us your views on Beckenham Library

Clock above to take our survey